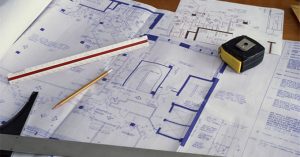 Home flipping mistakes are not always avoided, but sometimes they can be. Here are some common mistakes so that you can avoid them.

Trying to do it all alone. You are not a one-stop-shop. You are not a carpet cleaner, a painter, a housekeeper, an architect, a painter, and a general contractor. Hire the people that are skilled in their field that was you can concentrate on your part of the deal.

Buying the wrong homes. There is no guide that says a house with “x” number of rooms, or specific layout, will flip for more money. So, while you can’t necessarily go by the ratio of how many bedrooms there are versus how many bathrooms, you can judge how a home might resell based on neighborhood comps. Does it appear that 5 bed/4 baths tend to sell more than 2 bed/1 baths? Do people generally purchase homes with or without backyards in the area? You need to focus more on finding out what it is that buyers in that area want, rather than following standard generalizations.

Similarly, you should pay attention to the aesthetic condition of the other homes in the area. No matter how nice of a job you do renovating the home, if its in an awful area, its possible nobody is going to buy it.

Also consider realistically how long it is going to take for you to flip the house. Just because a contractor says it will take him two days to install the new kitchen cabinets doesn’t mean it really will be two days. You are going to need to stay on top of workers, as well. People slack when they know that there is an opportunity to.

A common house flipping tip is to take whatever the budget is and go ahead and just multiply that by two. That is what the project will probably really cost you. Things add up so fast that your head will spin. 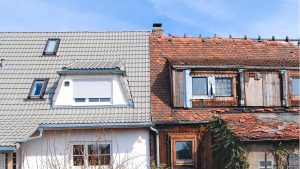 While this might sound silly, don’t make the home too luxurious. That’s not to say that you should cut corners, but don’t get completely OCD about the house. Look at the comps. You don’t want to be the best house on the block. If the other homes in the neighborhood have laminate counters, you can probably get away with skipping the granite. Yes, the house will probably sell faster if you add the granite, but you might not recuperate the money from it.

Lastly, be sure to have a backup plan. You can’t go into a deal spending most of your money on it assuming that after you’ve renovated it in 4 months it will sell right away and you’ll get rich. Theres a good chance it won’t sell for a while and you’ll be stuck with being a landlord for a little while. You must prepare for these situations.

Get Your Fast Cash Offer Today!